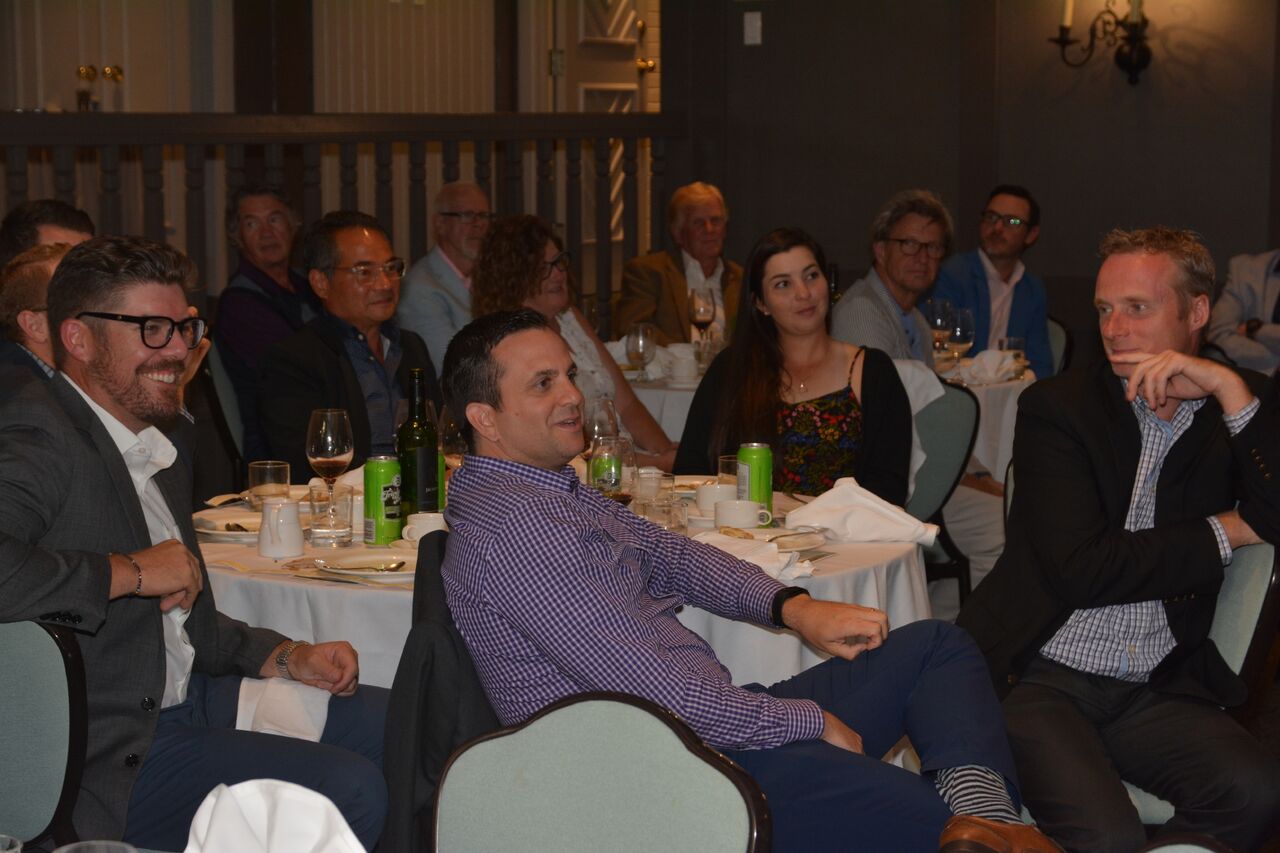 MISSISSAUGA – From the most pressing issues in Canadian golf news, to thought-provoking profiles and jealously-inducing travel logs, the best in Canadian golf writing and photography was showcased Monday at the Mississaugua Golf and Country Club.

This year, the Golf Journalists Association of Canada (GJAC) held its annual general meeting and awards banquet in conjunction with the RBC Canadian Open, and the award winners were a mix of first-timers and stalwarts, with prizes being handed out in the following categories: Feature, Profile, Editorial/Column/Blog and Travel. Six prizes for Photography were also awarded.

The big winner of the evening was Curtis Gillespie, who captured two first-place prizes. He won first place in the Feature category with his longform dive into Tiger Woods’ inspiration on a generation of golfers in his piece called ‘The Shadow Tiger has Cast’ for SCOREGolf. He also won first place in the Travel category with his piece in En Route Magazine called ‘Fairways to Heaven.’

Another two-time winner on Monday was Jon McCarthy, who finished runner up in the Profile category for his piece ‘Bring it On’, published in SCOREGolf Magazine, and was also the honourable mention in the same category with his piece on Andrew ‘Beef’ Johnston for the Toronto Sun.

The final two-time winner in the writing portion of the awards was Canadian Golf Hall of Famer Lorne Rubenstein, who was the winner of the Column/Editorial/Blog category with his Ode to Arnold Palmer – for SCOREGolf.com – and also notched the honourable mention award in the same category for his blog on how difficult the game of golf can be.

SCOREGolf and its digital affiliate dominated the Feature category – SCOREGolf and SCOREGolf.com combined to take home eight total prizes on the evening – as, beyond Gillespie’s winning story on Tiger Woods, Jason Logan was the runner-up for his story on restoring St. George’s Golf and Country Club, and Robert Thompson took home honourable mention honours for his story on how difficult it is to get a new golf course off the ground.

Aside from Rubenstein’s two stories in the Column/Editorial/Blog category, Chris Stevenson of the Ottawa Citizen captured runner-up honours for his story on Brooke Henderson and her ever-growing fan club.

Andrew Foscarin won the Profile category with his story for SCOREGolf on long-bomber Taylor Pendrith called ‘The Slugger.’

Joining Gillespie as winners in the Travel category was Rick Young of SCOREGolf.com for his piece on the transformation of Highlands Links, and Ted McIntrye for his piece on TravelingGolfer.net about Jamaica.

Bernard Brault dominated the Photo - Action category for his work with Golf Canada. The winning photo was of Jared du Toit at the 2016 RBC Canadian Open. His runner-up photo was of Ariya Jutanugarn, and the honourable mention was a shot of Ernie Els.

In the Photo – Landscape category, Grant Fraser took home prizes as both the winner and runner-up for his photos of the National Course and Oconee Course of Reynolds Plantation in Ontario Golf News. Mike Johnny was a first-time winner, as his photo of the Green Gables Golf Club for CanadianGolfMagazine.com earned him the honourable mention prize.